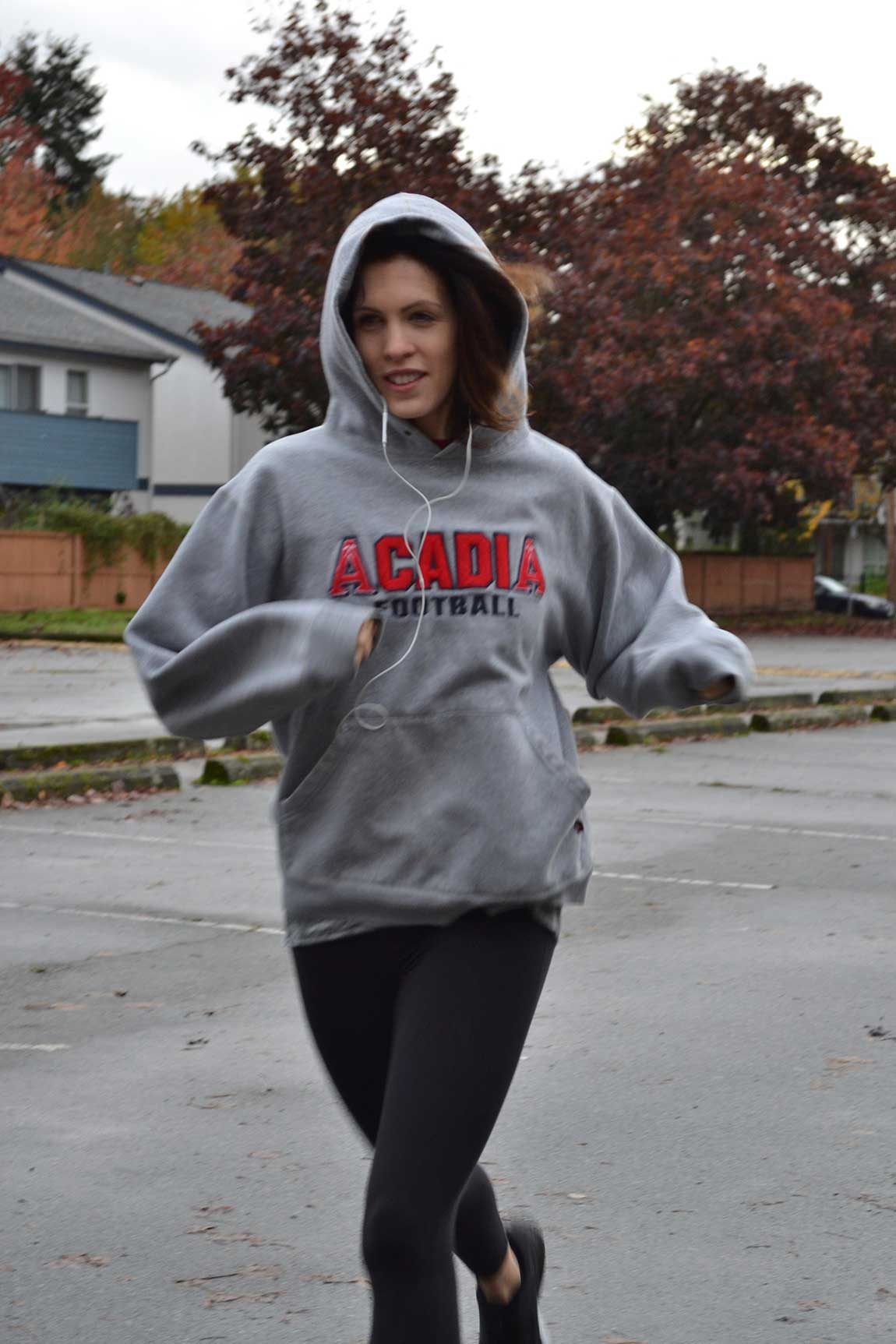 Contrary to what people may believe, trainers don’t just pop out of a magic gym bag one day, ready to bestow our fitness knowledge and motivation on the world.

I was lucky to grow up in a very active family. We played outside a ton, spent hours on our trampoline and went on lot of walks as a family. I never had to think about exercise when I was a child because I was homeschooled until I was fourteen. And then, when I was enrolled in public school in Grade 9, I was introduced to what the school system calls PE.

Wow. What a wake-up call. They wanted me to… run? I hated PE.

Seriously, hate might not even be a strong enough word to describe the dread and angst I felt every day leading up to our gym time. I sucked at any sport our teacher made us do that required a basic level of hand-eye coordination. I hated being sweaty, and I couldn’t stand the burning feeling of blood in my lungs when I had to sprint.

PE was such a negative experience for me — you can imagine my relief when I didn’t have to do it anymore in Grade 12. That year, I was able to maintain my weight by walking 30 minutes to and from school every single day and maintaining an extremely low-calorie diet obsessively.

When I graduated high school that year, I decided to take a gap year. I had no idea what I wanted to do with my life. As all of my friends left to start their lives with purpose, I stayed behind and starting doing restaurant work. I stopped getting my daily walks in, started drinking and going out, partying and wearing far skimpier clothes… your typical 18-year old post-high school lifestyle.

Imagine my surprise when all of a sudden the body I never had to think about changed.

My jeans stopped fitting overnight and I became super uncomfortable, avoiding tight clothes and opting for looser options. It changed my entire self-image, because 18 year-old Jenna was very image-conscious and it really affected the confidence level I’d had before then. I’m sure many of you have also experienced this. It’s awful!

So, I reluctantly started working out with my friend Leah. She was super into it but all I would do was cardio. I wasn’t confident enough to try any of the other exercises. Still, it was better than nothing

A short time after that, I started taking some general classes in university with the idea that I’d eventually major in psychology. Serendipitously, I got a job working at the front desk of a pilates studio and suddenly I was exposed to a new form of working out. I got free classes there and was spending my days at work watching people work out. It really motivated me to get into it too, so I started cashing in on those free classes and got super into pilates for a year or so.

Then my ADD took over, so I started working out in a gym again in earnest. I harassed the trainers there for free tips, and they generously gave me pointers and helped me gain a little more confidence. I was so awkward at first and felt like everyone was staring at me or rolling their eyes at all the things I was doing wrong. But I kept trying, and eventually was doing enough exercise that I was able to maintain my weight again. I felt so much healthier!

As exercising started to become more natural, I decided to apply to the kinesiology program instead of psychology because it was equally science-based and I was interested in learning more about the human body. After I was accepted into the program, I was horrified to learn that one of my first semester classes required me to run a 10K. Here I was years later, back where I started… at school being forced to run!

I was terrified. My headspace at this time was super negative, and I convinced myself that I’d never be able to finish. Luckily, my friend Taren promised to run it with me. And we did it! While I don’t remember the exact time I finished in, I know it was about 90 minutes. Yikes. But that didn’t matter at the time, because the satisfaction and confidence boost I got from achieving something I never thought possible (and hated!) ended being a huge defining moment for me.

When I completed the 10k, I had the realization that forcing yourself to do things that feel uncomfortable always pays off in the end. Fitness is a transformative tool! It’s an amazing way to use your body to confront self-doubt.

Since then, I’ve gained so much confidence through my fitness accomplishments and it has really carried over to other parts of my life.

No two people are the same, so your fitness journey will likely look a lot different than mine. But even if you think you can’t do something, try! You have resources all around you — friends, family and trainers. Start small and challenge yourself to step outside your comfort zone. With practice and a little hard work, things get easier — I promise!